Wuhan could see zero COVID-19 infections by the end of March: experts 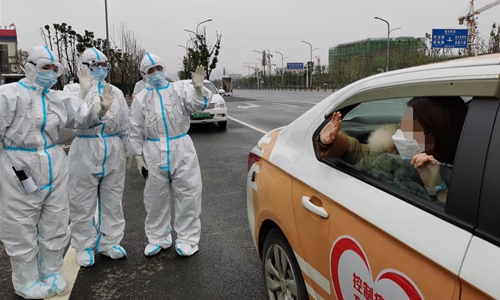 The city of Wuhan, epicenter of the COVID-19 epidemic, could see zero new infections by the end of March, said a member of the central government expert group in Wuhan. Other cities in Hubei Province, which governs Wuhan, are estimated to realize that goal by around the middle of March.

The estimate was made by Zhang Boli, an academician of the Chinese Academy of Engineering and a member of the central government expert group in Wuhan, when he was recently asked about China’s containment measures for COVID-19, also known as coronavirus.

Zhang said that outside Hubei, people can take off their masks and resume normal life by the end of April. In Hubei and particularly in Wuhan, however, people will have to wait one additional month. “Zero reported new cases is not absolute. Sporadic new cases will emerge,” he said.

He pointed out that at this stage, the situation remains severe as numbers of infections have jumped outside of China, and we now have to prevent imported cases.

Peng Zhiyong, director of the ICU at Zhongnan Hospital of Wuhan University, told the Global Times that in order to realize the goal of zero new infections, we must pay special attention to those who relapsed after being discharged from hospital.

Peng said that the virus had damaged some patients’ immune systems, so it was possible they had an increased risk of contracting the disease a second time.

Zhang noted that some hospitals in Wuhan had built special clinics for such patients, and that the treatment of recovered patients would be a task for Wuhan over the next one or two years.

Wuhan now prioritizes the treatment of those in critical condition. The central government’s steering group in Wuhan ordered one-on-one consultations for those in severe conditions. After rounds of consultations, the number of deaths in Wuhan dropped to below 100, said Zhang.

When asked if the novel coronavirus would evolve into a chronic disease and remain with us, Zhang said that all is uncertain at this stage as our knowledge of the disease is limited.

The relationship between coronaviruses and human beings won’t end here, said Zhang. Coronaviruses have been mild since they were first discovered in the 1960s, but have mutated several times in the past two decades and given rise to large-scale epidemics. Based on this history, Zhang suggested we continue to research the new coronavirus and develop medicines to contain it.

“That is why we are racing against time,” said Zhang.