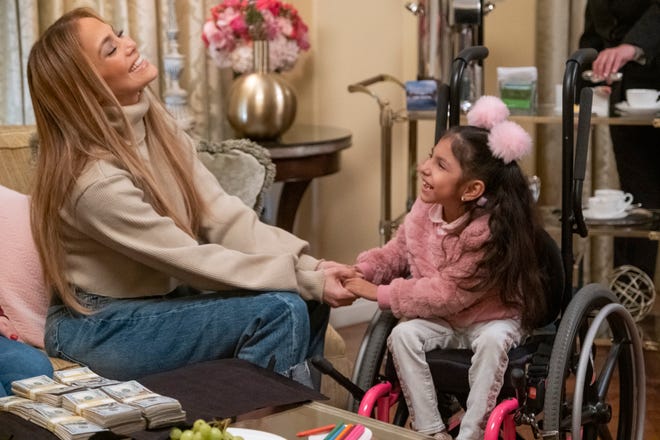 How do you elbow your way into the increasingly crowded streaming TV field?

Quibi, hoping to establish itself in the world of Netflix, Hulu and Disney+ with a torrent of star-studded, bite-sized programming, announced Friday a slate of 50 shows that will be available when the app-based service launches on April 6.

Quibi, a novel platform designed exclusively for mobile phones, plans to release 175 original shows and 8,500 “quick bites” of content – the genesis of its abbreviated name – in its first year.

Monthly subscriptions to Quibi, headed by former eBay chief Meg Whitman and DreamWorks co-founder Jeffrey Katzenberg as chairman, will cost $4.99 with advertising and $7.99 for an ad-free version. Viewers can get a 90-day free trial by signing up at Quibi.com before April 6.

Streaming strivers:Disney+ to Hulu to Netflix: All the major streaming services, ranked

Highlights from the slate:

In this dystopian action-thriller, Liam Hemsworth plays a terminally ill man hoping to take care of his pregnant wife, who participates in a deadly game where he’s the prey. Oscar winner Christoph Waltz also stars.

Sophie Turner and Corey Hawkins play the sole survivors of a plane crash who must fight their way out of wilderness, “battling brutal conditions and personal traumas” in a drama based on the Alex Morel novel “Survive.”

‘When the Streetlights Go On’

The sister of a young murder victim and her high school peers seek some sense of normalcy in the middle of a murder investigation. Grown-up members of the cast include Queen Latifah, Tony Hale and Mark Duplass.

Will Forte and Kaitlin Olson play a TV house-flipping couple who face a dangerous assignment: renovating mansions owned by a Mexican drug cartel.

More:CES: New Quibi streaming service to give bite-size shows from J.Lo, Spielberg and The Rock

Jennifer Lopez serves as executive producer and appears in this inspirational series in which public figures “kickstart a chain of kindness” by giving $100,000 to unsuspecting people who must pay it forward. Participating celebrities include Kristen Bell, Nick Jonas, Tracy Morgan, Aaron Rogers, Yara Shahidi and Kevin Hart.

Chrissy Teigen judges small-claims cases and makes legally binding decisions, with her mom, Pepper Thai, as “bailiff” in the latest twist on the courtroom reality show.

Candid conversation:Chrissy Teigen opens up about anxiety, postpartum depression struggles: ‘It was a sad existence’

Homes known infamously for the murders committed inside them get makeovers in an unconventional home-renovation show with experts Mikel Welch and Joelle Uzyel and executive producers whose credits include “CSI,” “Bones” and “Penny Dreadful.”

Rapper Offset, who has more than 30 sports and luxury vehicles, joins his celebrity and rapper friends, including Quavo, Lil Yachty and T-Pain, in this celebration of all things cars. Guests include Cardi B, Chance the Rapper and Jay Leno.

The former MTV celebrity prank show returns with Chance the Rapper as host and executive producer.

Unsung artists get to shine in musical collaborations with big stars in this behind-the-scenes series. Featured artists include Ariana Grande, YG, Anderson .Paak and Ozzy Osbourne.

Actor Idris Elba and driver Ken Block compete against each other in a stunt competition to prove whose car, and which driver, is the best.

Comedians Matt Rogers and Dave Mizzoni host a comedic competition that celebrates the LGBTQ+ community and its allies. In each episode, two straight contestants are paired with a celebrity “life partner” in a competition for the title of “Queen of the Straights.” Celebrity “life partners” include Ilana Glazer, D’Arcy Carden, John Lovett, Nicole Byer, Rachel Bloom and Guy Branum.

Star and executive producer Nicole Richie dives into her alter ego, “Nikki Fre$h,” in this exploration of two of her passions, hip hop and Mother Earth.

Tituss Burgess hosts a cooking competition that begins with “the cannon-blasting of a mystery food dish into the faces of two blindfolded chefs” who then try to identify and re-create it. Guest judges include Wolfgang Puck, Jane Krakowski, Rachel Dratch and Roy Choi.

‘You Ain’t Got These’

Reese Witherspoon presents and narrates a series from the BBC Studios Natural History unit that “explores the fabulous females of the animal kingdom … from ant queens to speedy cheetahs.”

Busy star:Review: Witherspoon and Washington are fantastic in the ferocious ‘Little Fires Everywhere’

Chef Evan Funke tours Italy in “pursuit of pasta perfection” in a study of the craft and culture behind rare and forgotten pasta shapes.

Sasha Velour adapts her Brooklyn drag revue into a full stage production in this eight-episode show.