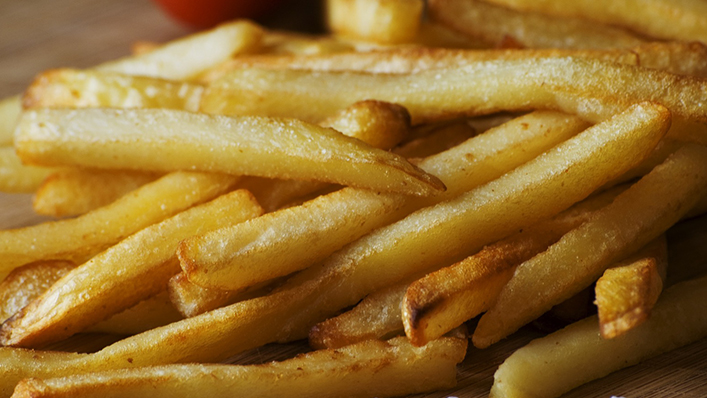 The European Union presented its first request for a panel to rule on India’s import tariffs on certain information and communications technology (ICT) goods. The EU said India had taken the commitment not to apply import duties on ICT products but that for several years India has adopted measures to reinforce and regularly increase import duties on those products, up to 20 per cent.  The EU held consultations with India on the matter in May 2019 but failed to settle the dispute, prompting the EU’s request for a panel.  The EU said the value of its annual exports of concerned goods to India amounts to around EUR 400 million.

India said it was disappointed with the EU request, which seeks to take advantage of an error made by India when transposing its tariff lines to an updated Harmonized System (HS).  India has attempted to rectify the error and said that objections to this rectification and the initiation of a dispute by the EU were against the requirements to interpret and implement a treaty in good faith.  For this and other reasons, India said it was not in a position to accept the EU’s request for the establishment of a panel.

Japan and the United States said they shared the concerns raised by the EU regarding India’s tariffs.

The DSB took note of the statements and agreed to revert to the matter.

DS591 Colombia – Anti-dumping Duties on Frozen Fries from Belgium, Germany and the Netherlands

The European Union presented its first request for a panel to rule on Colombia’s anti-dumping duties on frozen fries from Belgium, Germany and the Netherlands. The EU said nearly all aspects of the investigation and proceedings leading to the duties were inconsistent with the WTO’s Anti-Dumping Agreement.  The EU said it had other systemic concerns, including Colombia’s publication of confidential import data.  Consultations held in January of this year failed to resolve the dispute, prompting the EU’s request for a panel.

Colombia replied that the request was premature as the parties had not exhausted all possible means to reach a mutual solution.  For this reason, Colombia said it was not in a position to accept the establishment of a panel.

The DSB took note of the statements and agreed to revert to the matter.

Ukraine said it welcomed the Appellate Body’s ruling in the dispute, which was circulated on 4 February.  The resolution of this dispute is of importance for all WTO members as it addressed for the first time the application of certain provisions under the WTO’s Agreement on Technical Barriers to Trade, in particular Article 5.1 regarding conformity assessment procedures.  In general, Ukraine said it was pleased the panel and Appellate Body rulings upheld most of the claims made by Ukraine and rejected most of the arguments advanced by Russia.

The US said the case raised important systemic concerns, including the Appellate Body’s failure to respect the 90-day deadline for issuing rulings and the fact one member of the division continued to serve after his term of service had expired.  For this reason, the US said the ruling was not an Appellate Body report under Article 17 of the WTO’s Dispute Settlement Understanding (DSU) and not subject to the “negative consensus” rule under Article 17.4, whereby rulings are adopted unless all WTO members in attendance reject the ruling.  The US said it considered the report to be adopted on a positive consensus basis since no member was objecting to its adoption.

The EU and China rejected the US arguments and said the Appellate Body ruling must be subject to the usual negative consensus adoption procedures under Article 17.4 of the DSU.

Canada said it welcomed the panel and Appellate Body rulings in the paper dispute, in particular the findings that the US application of adverse facts available when respondents fail to disclose information deemed to be “other forms of assistance” in countervailing duty investigations constitutes “ongoing conduct” that could be challenged in WTO dispute settlement.  This practice results in the US applying artificially inflated countervailing duty rates.  Canada added that it looked forward to discussing with the US the deadline for the US to comply with the ruling.

For the third member, the US said the member was not eligible because she was not “unaffiliated with any government” as required under Article 17.3 of the DSU. Specifically, the US said the member is affiliated with the government of China because she currently serves as vice president of an academy which is a public institution under Chinese law and subordinate to China’s Ministry of Commerce.  None of this information was disclosed to WTO members when she was nominated as an Appellate Body member, the US said, adding that it notified its concerns to the WTO Director-General and the DSB chair on 31 January when it became aware of the matter.  The issue is compounded if WTO members consider the substance of the dispute case in question, which involves an alleged measure that Canada noted was also at issue in eight other US countervailing duty investigations, seven of which involve China.

China said it was surprised with the US statement and described the accusations against the Appellate Body member as groundless. The institute in question has been registered as an independent legal entity since 1997, and the fact that it receives partial government support does not necessarily compromise the independence of the staff working for it; in fact, many universities, think tanks and research institutes in many WTO members are partially or wholly funded by the government, China said. The member in question went through the Appellate Body selection procedures scrutinized by the whole membership, and all members including the United States agreed to her appointment. No WTO member has ever questioned her independence and impartiality, either in the selection process or during her service as an Appellate Body member, China said.

The EU said there was no question of the report not being adopted under the DSU’s usual negative consensus rules and that, under the Rules of Conduct, any allegations of an Appellate Body member’s violation of the obligations of independence, impartiality or confidentiality, or potential conflicts of interest,  should be submitted on a confidential basis to the standing Appellate Body for it to take any appropriate action.

DS371 Thailand – Customs and Fiscal Measures on Cigarettes from the Philippines

The Philippines said it regretted the DSB’s work was delayed the previous week as a result of a disagreement between the Philippines and Thailand on this agenda item and thanked the DSB chair for resuming the meeting.  The Philippines said it objected to Thailand’s characterization of the Philippines as acting unilaterally by requesting the right to retaliate against Thailand under Article 22.2 of the DSU.  A number of rulings issued by panels and the Appellate Body have confirmed that the Thai measures in question are not consistent with WTO rules and that Thailand has failed to comply.

The Philippines said its actions fully respect the earlier understanding it reached with Thailand regarding further proceedings in the dispute and the Philippines is acting within its WTO rights.  The Philippines noted that the chair, in his consultations with the two parties, suggested other means to resolve the dispute, and the Philippines said it was open to this option, including the possibility of arbitration under Article 25 of the DSU.  If Thailand fails to accept some solution to complete Thailand’s pending appeals promptly, this matter will inevitably come back before the DSB for a decision; the Philippines will not accept an indefinite suspension of its exercise of its Article 22 rights, it said.

Thailand said it was compelled to block the adoption of the DSB agenda when this meeting first convened on 28 February because the Philippines’ request raises broad systemic issues about the status and future of the dispute settlement system.

Thailand said the Philippines was presenting an inaccurate picture of the situation.  The present situation is straightforward, Thailand said – appeals proceedings regarding the compliance panel rulings are still ongoing, and the Philippines does not seem to believe it is bound by the earlier procedural agreement it concluded with Thailand.  If the Philippines no longer wishes to respect the agreement, then it must accept that, under the DSU rules, it should have submitted its request for the right to retaliate 30 days after Thailand’s deadline to comply, which was more than seven years ago.  Thailand said the real problem was not any individual dispute but the Appellate Body crisis, which has imposed significant challenges on the rules-based system, including with respect to pending disputes, such as DS371.

The chair said that without prejudice to the rights of both parties, he would suspend consideration of this item and continue to consult with Thailand and the Philippines on the matter.

China added that both sides entered into their procedural agreement in good faith but were now confronted with a situation resulting from the extraordinary situation with the Appellate Body, another example of the serious consequences resulting from its absence.

Mexico, speaking on behalf of 120 members (Bangladesh later added its support), introduced once again the group’s proposal to start the selection processes for six vacancies in the Appellate Body.  The increasing and considerable number of members submitting the proposal reflects a common concern over the current situation in the Appellate Body that is seriously affecting its workings as well as the workings of the overall dispute settlement system against the best interest of members, Mexico said for the group.

Twenty members then took the floor.  As in previous meetings, most of those speaking reiterated the importance of resolving the impasse over the appointment of new members as soon as possible and reestablishing a functioning Appellate Body.  Many said it was the obligation of members to begin the process, as Article 17.2 of the DSU requires members to fill Appellate Body vacancies as they arise.

The United States took the floor towards the end to repeat that it was still not in the position to support the proposal and that the systemic concerns that it previously identified remain unaddressed.  It referred to the report issued last month by the US Trade Representative’s office detailing the manner in which the Appellate Body strayed from the limited role that members have assigned it.

The European Union reiterated its request that the United States cease transferring anti-dumping and countervailing duties to the US domestic industry, arguing that every such disbursement was a clear act of non-compliance with the rulings on this matter. Canada supported the EU statement, while the United States said it has taken all actions necessary to implement the ruling.

China presented its first status report regarding its implementation of the WTO ruling in DS517, “China — Tariff Rate Quotas for Certain Agricultural Products”.  China and the United States reached an agreement last July under which China was given until 31 December 2019 to comply with the ruling, a deadline which was later extended to 29 February 2020.

China said it has adopted a number of measures in response to the ruling and that, as of 31 December, it was fully in compliance with WTO rules.  The United States said it was not in a position to agree with China’s compliance claim and that it looked forward to continued engagement with China on information it had requested from Beijing regarding allocation of quotas and on China’s administration of its tariff rate quotas.

China presented a further status report with regards to the implementation of the WTO ruling in DS511, “China – Domestic Support for Agricultural Producers”. China has until 31 March to comply with the ruling.

The European Union presented a status report with regard to DS291, “EC — Measures Affecting the Approval and Marketing of Biotech Products”.

The next regular meeting of the DSB will take place on 30 March.