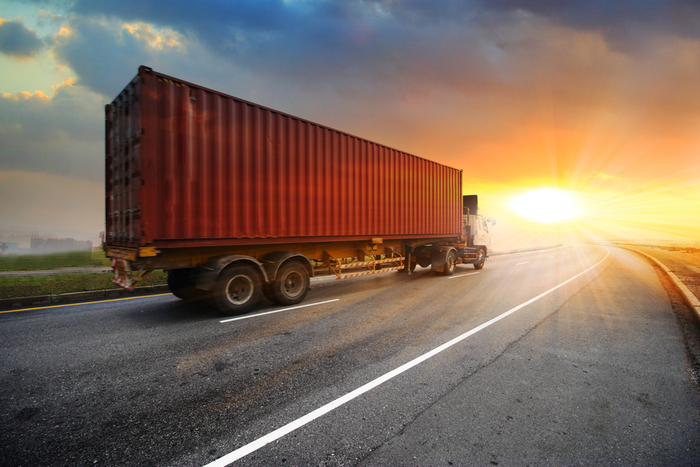 One of the more prominent freight brokers to emerge in the ongoing phase of venture capital-fueled logistics technology development now offers a platform linking drayage, transloading, and truckload modes.

The service, introduced Wednesday by New York City-based Loadsmart, is aimed at helping shippers digitally stitch together the necessary landside modes for container shipments that need to be converted to truckload trailers after arrival at port.

Loadsmart initially came to the fore as a digitally oriented truckload broker, part of a cohort that has collectively received hundreds of millions of dollars in venture capital (VC) investment and includes Convoy, Transfix, and Uber Freight. So-called digital freight brokers have thus far tended to orient their services to shippers around instant online quoting tools. But Loadsmart expanded its reach into drayage in 2019, primarily due to investment and prodding from Maersk Group and the Danish shipping conglomerate’s investment arm, Maersk Growth.

Loadsmart’s Multimodal Services product “bridges port drayage, transload, and over-the-road truckload shipping,” the company said in a statement. “Shippers will now be able to instantly execute multimodal shipments and obtain full transparency across the entire lifecycle — from the port, to the transload facility, onto the vehicles, and, ultimately, to the intended destinations — all from a single digital logistics partner.”

Transload operations allow goods within a container or group of containers to be broken down and transferred to one or more over-the-road trailers. Loadsmart noted that such operations are “often siloed from other transportation segments, including the carrier providing over-the-road services, ultimately causing limited visibility and inefficiency.”

The product allows shippers to warehouse operators to integrate their warehouse management systems (WMSs) with Loadsmart’s system or use a free browser-based application from Loadsmart to manage containers, assign goods to trailers, and arrange inland pickups. The latter of those two options requires no system integration, Loadsmart said.

Felipe Capella, co-founder and president at Loadsmart, said the multimodal product is intended to be “warehouse-agnostic” and to solve a chronic blind spot for shippers relying on transload services.

“Giving [shippers] the ability to work with a single vendor for executing and tracking their multimodal shipments makes their job that much easier, especially when many are still working from home,” Capella said in the statement.

Transload facilities have become a key facet of international supply chains, primarily as a way to minimize container detention and demurrage charges and maintain a consistent flow of freight through distribution centers. In late March, Maersk was discussing with cargo owners options to dray off containers or transload into 53-foot containers to avoid storage costs at ports in the wake of declining demand due to the COVID-19 pandemic.

RoadOne IntermodaLogistics, one of the largest drayage providers in North America, said earlier in 2020 it plans to build out transload capabilities in Houston, Norfolk, and the Pacific Northwest on the back of its January acquisition of Savannah, Georgia-based Crown Transportation.

The importance of the partnership between Loadsmart and Maersk also shouldn’t be overlooked. Maersk, which has been publicly shifting toward a global container logistics integrator strategy in recent years, in mid-February acquired Performance Team, a North American provider of warehousing and distribution facilities and services, among them transloading. Along with a group that also included terminal operator Ports America, Maersk in September invested in Loadsmart’s drayage capabilities. It also began using its VC investment in Loadsmart as a path to offer its customers a way to instantly book US truckload service in July 2019.