Global coronavirus epidemic not the time for narrow-minded political games 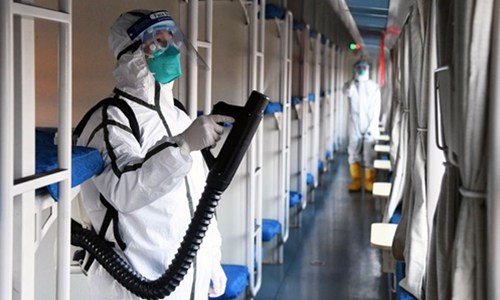 When the COVID-19 epidemic broke out, the Chinese government took unprecedented measures to stop the spread of the virus. Amid rising Sinophobia around the globe, it proceeded to the lockdown of Wuhan, the epicenter of the coronavirus outbreak, strengthened controls, built hospitals, mobilized medical workers, shared information with the WHO and started research on an efficient vaccine.

China is mourning those who have died in the country and around the world, and remains on high alert until the remedy is found. It also acknowledges loopholes in the management of the crisis and is determined to improve the quality of its scientific research in order to foster pharmaceutical innovation and empower the prevention capacity of infectious diseases. While the fight against COVID-19 is in progress, it is not fair to draw conclusions, but the assumption that the international situation would have been much worse and worrying without the Chinese commitment, seems logical.

The reaction of the international community to the outbreak of COVID-19 in China can be summarized as follows: There were countries which offered humanitarian assistance and clearly stood by the Chinese government in its effort to control the epidemic, and other countries, which – despite their theoretical sympathy – employed a rather distant approach and even ignored WHO recommendations. The suspension of flights to and from China was indicative. But the consequences of this policy became evident later. Italy, for example, which witnessed severe epidemic, failed to calculate how many citizens were arriving to its airports from China and facilitate health controls.

A virus respects no borders. Western countries are now experiencing the pain, panic and fear. The US is no exception.

A study of the Chinese experience since the beginning of the year can perhaps offer useful insights. It is not time to compare different social systems and claim one is superior from the other. It is time to share practices, forge collaboration and win the global fight.

The unity of the Chinese society has been remarkable. The term “unity” itself is indigenous in the Chinese culture tracing its roots in imperial history. Patience and solidarity for the public good has always characterized the proud Chinese nation.

The significance of new technologies has become obvious. Doctors can communicate online and discuss their patients’ problems and potential treatments. Students are able to attend university courses online from their home and many employees are teleworking instead of going to the office. The purpose has been to limit the movement of people as much as possible.

New smartphone applications can identify the health status of citizens and subsequently provide controls and checks. It’s no surprise, the method is being criticized in the West. The evolution of the internet has generally sparked a lively debate about results, positive and negative. Life is changing and adapting to new technological achievements and digitalization is necessary. What matters more is efficiency and fast responses, successful coordination and public safety.

As the US was recently hit by COVID-19, it is attempting to increase the level of its preparedness. Although it’s a developed economy, it remains vulnerable due to deficiencies in its health care system, including the incredibly high cost of health insurance and medical treatment. It’s natural that COVID-19 has become an issue in the election campaign. It fueled fierce disagreements between Republicans and Democrats instead of generating a calm debate about necessary actions, such as support of medical workers and how poor citizens will pay for testing and hospitalization. Public crises should only ever be managed responsibly and with international cooperation.

The author is a lecturer at the European Institute in Nice, France. [email protected]