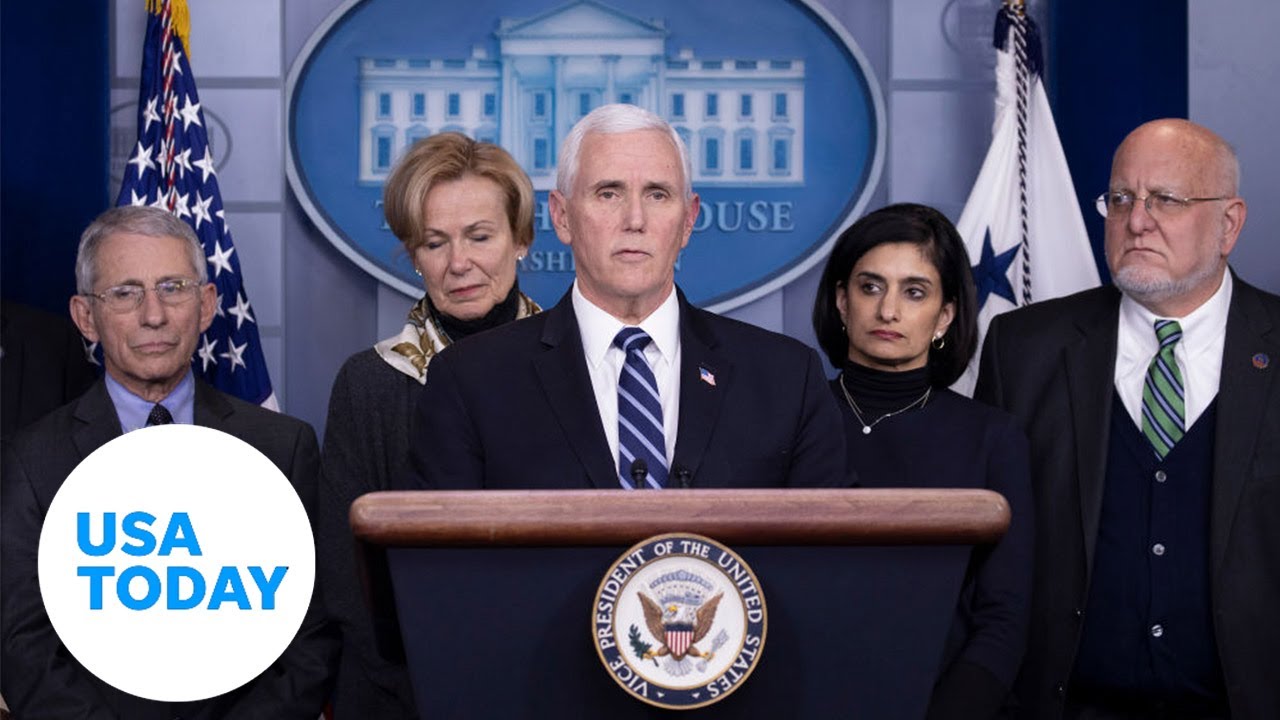 A second medical screener who checks travelers at Los Angeles International Airport has been confirmed to have the coronavirus, one of two new cases reported in Los Angeles County Friday.

The screener is linked to another medical screener who worked in the same quarantine station and was confirmed to have the virus earlier this week, Barbara Ferrer, director of the Los Angeles County Department of Public Health, said at a press conference Friday.

A second new case was a traveler in a group of people who visited Italy, several of whom were earlier confirmed to have the virus. The county has confirmed 13 cases of the virus, and one has been “resolved,” Ferrer said.

As the worldwide total of coronavirus cases surpassed 100,000 on Friday morning, thousands of people are still stuck on a cruise ship off the coast of San Francisco awaiting test results.

The Grand Princess has been ordered to stay at bay until tests are concluded. Officials say 45 people had either exhibited symptoms or had been on a previous voyage with a 71-year-old man who died from the disease.

In the latest deaths, the EvergreenHealth community hospital said Friday that two more patients have died, bringing the total deaths at the facility to 12. The hospital is located in Washington state, across the lake from Seattle.

Meanwhile, the Vatican reported its first case on Friday, and President Donald Trump is again set to visit the U.S. Centers Disease Control and Prevention after earlier canceling his trip.

Here’s the latest on the outbreak of COVID-19:

The South by Southwest music, film and technology conference was canceled Friday – the most high-profile event yet to fall victim to the new coronavirus, with officials calling it a medical and data driven decision. SXSW, as it’s known, had vowed to go on, despite recent developer conferences that were canceled by Facebook and Amazon.

Trump on Friday signed the $8.3-billion supplemental spending package to combat the rapid worldwide spread of coronavirus approved by Congress earlier this week.

The package, which passed the Senate on Thursday, will replace the initial White House request of $2.5 billion, an amount roundly criticized by lawmakers as too little to combat the virus.

The funding includes more than $3 billion for research and vaccine development and $2.2 billion for prevention and response efforts. The package also includes $1 billion for state and local response. Each state is expected to receive no less than $4 million.

More than 3,500 people remain on board Princess Cruises’ Grand Princess off the coast of California as the ship awaits coronavirus test results. Medical personnel have tested 45 people, according to the cruise line.

Those on board may have been exposed to coronavirus after sailing with 62 passengers who had previously been on the ship’s Mexico voyage with a man who eventually died from the virus. Two other passengers from that voyage have been hospitalized with the virus in Northern California, officials said.

The CDC advised guests stay in their rooms for the remainder of a cruise but had not declared a quarantine, according to a Thursday statement from a Princess Cruise spokeswoman.

While the ship was meant to arrive to port in San Francisco, it is is unclear when and where the ship will be able to dock after testing is complete.

Here’s what we know about the cruise ship and coronavirus

Trump CDC visit back on

Trump is again set to tour the Centers for Disease Control in Atlanta on Friday after the planned trip was briefly canceled due a suspected case of coronavirus that turned out to be negative, according to White House Press Secretary Stephanie Grisham.

Grisham told reporters aboard Air Force One the trip was back on after the brief cancellation. She said the visit was canceled “out of an abundance of caution” after the CDC alerted the White House a CDC staff member was suspected to have contracted coronavirus.

Before traveling to Tennessee to inspect storm damage after tornadoes wreaked havoc and left 24 people dead this week, Trump told reporters he wanted to keep the CDC visit on his Friday schedule.

“I would prefer going … now that the test came out negative,” he told reporters at the White House. “They’re trying to work it out that I do go.”

A new study by researchers at the University of Hong Kong puts the mortality rate for COVID-19 patients at 1.4%, much lower than the 3.4% offered by the World Health Organization. The study, a joint project between the HKU and Harvard University, estimated that 14 people die out of 1,000 individuals showing symptoms of the illness.

Professor Gabriel Leung, founding director of the HKU’s WHO Collaborating Centre for Infectious Disease Epidemiology and Control, said the figure could be even smaller if the calculation took into account infected patients who did not show symptoms, the South China Morning Post reported.

Asked about the new findings, WHO officials in Geneva said no one knows the true mortality rate, only how many people have died. The rate would depend on the full number of people infected, and many of those may well have never been tested or counted. Moreover, said Mike Ryan, WHO’s executive director of Health Emergencies Program, an age-specific death rate could be even much higher, especially for older individuals with underlying health problems.

The Vatican confirmed the walled city-state’s first case of the new coronavirus Friday and closed some offices as a precaution while Pope Francis continued recovering from a cold.

One Vatican official was put into a protective quarantine after a priest from France’s Catholic church in Rome tested positive for the virus. The official isn’t showing symptoms of COVID-19 disease but lives in the same church as the infected priest.

The Vatican Apostolic Library said it would keep its doors shut all next week as a precaution. The library welcomes scholars from around the world to consult the Vatican’s manuscripts and archives.

The Minnesota Department of Health confirmed the state’s first case of the coronavirus Friday, bringing the total number of states reporting cases up to 21. The case is a person in Ramsey County, according to department spokesperson John Siqveland.

Which states have coronavirus cases?

Here’s a look at which states have reported cases of COVID-19:

Reports suggests kids not so vulnerable to virus; data challenged

A report released last month by the Joint Mission and the World Health Organization-China found that individuals under the age of 18 experience a “relatively low attack rate” of the coronavirus, about 2.4%, but some U.S. experts challenged the scope of the data.

The report said scientists found the virus to be “relatively mild” among individuals under 19 years old, with only 2.5% of the reported cases developing into a severe disease and 0.2% developing into a critical disease. The Center for Disease Control and Prevention said in a Feb. 24 report that no children in China under the age of 9 have died from the infection.

But some U.S. experts say the report, based on research from the team of health officials who visited virus hot spots in three Chinese provinces, may underestimate the infection rate among children. Dr. John Williams, of UPMC Children’s Hospital of Pittsburgh, said a lack of testing among patients with milder symptoms paints a crude picture of the infection. Read the story here.

Five Pennsylvania schools were closed Friday even before lab tests confirmed two “presumed positive” cases in the state. The COVID-19 patients are adults from Delaware County and Wayne County. Officials said the patients appear to have contracted the virus outside of Pennsylvania.

The Bucks County Health Department was also evaluating locals that might have been exposed “to determine when they may return to school,” according to Central Bucks School District Superintendent John Kopicki. Bucks County is located in eastern Pennsylvania, north of Philadelphia.

A local elementary school was closed in Nevada’s Washoe County after an area man with family members among the student body tested positive for the coronavirus. But health officials said Friday that they have found no cases of COVID-19 at the school.

The Reno-area man is in his 50s and linked to the Princess Cruises’ Grand Princess outbreak. He is in stable condition and is self isolating at home, the Washoe County Health District said.

“The upside for us is this one person confirmed is not a community exposure,” Washoe County Commissioner Marsha Berkbigler told the Reno Gazette Journal of the USA TODAY Network. “He was clearly on the cruise ship.”

The first “presumptive” positive case of the virus in Nevada was announced earlier Thursday, a man, also in his 50s, who had recently taken trips to Washington state and Texas.

University of Washington moves all classes online during health crisis

The University of Washington, located in a state hard hit by the coronavirus, will switch to online classes only for three weeks starting on Monday.

Ana Mari Cauce, the University’s president, told students in an email Friday that she took the move “to increase precautionary health measures and ensure the successful conclusion of the quarter for UW students on all of our campuses.”

At least 12 people have died of the virus in Washington state.

Cauce said classes will no longer meet in person during the period. Instructors will either conduct classes or exams remotely, or, if the nature of the class makes that unsuitable, will base grades on work done so far for the year.

“The novel coronavirus is not the first challenge this region, or our University, has faced. It will not be the last,” she wrote. “In its 158-year history, the UW has endured two world wars, a depression and other crises that have tested our resilience and our compassion” and that generations of students and faculty have “risen to the challenge.”

Since viruses can survive on hard surfaces like coins for days, the World Health Organization is reportedly encouraging people to use as many digital payment options as possible.

Although paper currency, a blend of fabric and paper, is harder for viruses to stick to, the health agency says no need to take unnecessary chances, the Telegraph reports.

“We know that money changes hands frequently and can pick up all sorts of bacteria and viruses and things like that,” a WHO representative told the British newspaper. “We would advise people to wash their hands after handling banknotes and avoid touching their face.”

The WHO didn’t explicitly say that money specifically is linked to coronavirus, which is also called Covid-19. However, the agency did say it’s “advisable to use contactless payments to reduce the risk of transmission,” the Telegraph reports.

Churches around the globe change communion rules to avoid infection

Religious leaders in the U.S. and around the world are joining a growing movement to change the way communion is delivered during the coronavirus scare, with several major churches issuing directives this week.

Some of the changes include giving communion wafers in the hand and not on the tongue, forbidding handshakes, and temporary restrictions on drinking of wine.

Among the places where religious leaders directed new communion policies or guidelines: San Francisco; Los Angeles; and Olympia, Washington. And it’s not just in the U.S.: The Catholic Church of Scotland banned communion wine Thursday and is draining holy water from fonts. A Catholic bishop in Perth, Australia took similar measures.

Catholic authorities in Jerusalem, Singapore, and the Philippines have issued similar guidelines or orders that favor giving Communion in the hand but not on the tongue. Mexican Episcopate officials on Thursday banned reception of communion on the tongue.

“As we learn more about the threat, I have decided that additional measures are necessary,” wrote John Harvey Taylor of the Episcopal Diocese of Los Angeles. “I hereby inform all our lay and ordained leaders that communion wine may not be offered in our churches, either for sipping or by intinction, until we can be confident that the danger of mass COVID-19 infections has abated.

Many church leaders also directed that handshakes during services or other signs of hand-holding peace should be omitted.