NEW DELHI: Already suspended till April 15, the uncertainty surrounding this year’s IPL grew on Tuesday with the BCCI postponing a scheduled conference call with the franchise owners which was to discuss a way forward amid the COVID-19 pandemic.

The glitzy T20 league is staring at a possible cancellation due to the deadly outbreak. India is in a lockdown till March 31 to contain the pandemic.

“…humanity first, everything else comes second. The situation has not improved so there is no point in even talking about it. If IPL doesn’t happen so be it,” Kings XI Punjab co-owner Ness Wadia told PTI.

“There is no point in discussing anything at this point. The whole country is in a lockdown. We have to deal with matters much more important than IPL,” added another franchise official, who did not wish to be named. 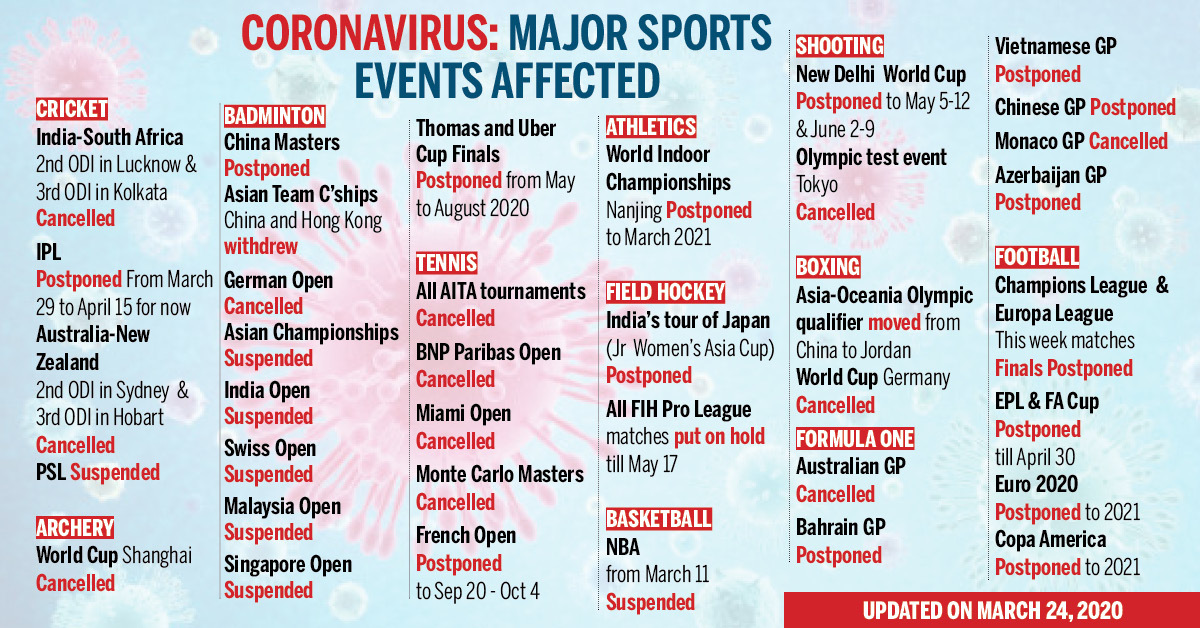 The star-studded eight-team league was originally scheduled to start on March 29 in Mumbai but looks set for a cancellation given the current crisis.

“I can’t even think about the IPL at this point. It is irrelevant along with everything else. The only thing which is relevant is in what we are living in and it is a world war three situation where we are fighting to help so many people,” Wadia said.

“The government has taken decisive steps. We often criticise the government but for the proactive steps they have taken we should applaud them. A country as big as India has suspended all flights. That is a very massive and positive step,” he added.

However, the BCCI is deferring the announcement hoping against hope for things to improve.

“If Olympics can be postponed by a year, IPL is a much smaller entity in that regard. It is becoming increasingly difficult to organise. At this point the government is not even thinking about allowing foreign visas,” a BCCI official in know of things said.

Currently, each stakeholder is discussing ways to limit the financial damage with insurance companies as well as broadcasters.

The BCCI had, earlier this month, suspended the league till April 15 after the government cancelled all visas, barring a few categories like diplomatic and employment, till April 15.